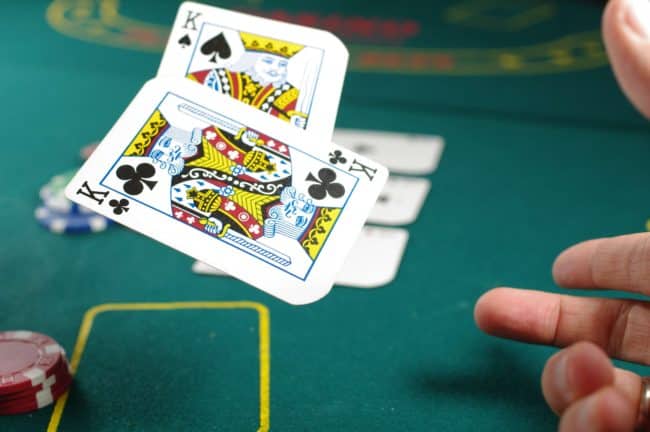 Here are the richest gamblers in the world.

Being a gambler is an extremely risky proposition. There are some people that have pulled it off. Here are the richest gamblers in the world, including some tips on how to make money gambling.

If your favorite guilty pleasure is placing a wager at the gaming tables, you’re probably living in hope that you’ll one day win an enormous jackpot. Building wealth really is easy. Just find a hobby or craft. Get really good at it. Then, scale it.

If you’re ready to find the best place to try gambling so you can start your journey to riches today and click here.

I’ve used a number of different tools to track my wealth over time. Most of them are free and extremely easy to use.

One example is Personal Capital. A completely free platform to track your money. This was instrumental in me building my wealth and cash flow over time.

There are plenty of gamblers out there who’ve done just that and who are now living a lifestyle beyond your wildest dreams.

If you’ve already visited and chosen a particular game to win cash. You now might be waiting for your dreams to come true, you might be inspired by the tales behind some of the richest gamblers in the world.

How to Make Money Gambling

Professional gamblers are very keen on winning. They’ve studied what works well for them and what doesn’t. You can apply the same theories to anything you do.

In addition, pro gamblers have realized that they need to make consistent value bets, which mean that you put out money where you have a slight edge in winning. If you don’t follow this, your chances of winning consistently will be zero.

You have to approach investing the same way and I’ve covered that in my book Dividend Investing Your Way to Financial Freedom.

Games that are best to try to make money gambling:

I’ve been a big player of fantasy sports. While luck is a serious component, there is no doubt in my mind that skill is the majority. In addition, I’ve played poker and enjoy playing it. I will never turn down a good poker game.

Gambling is a tough way to make money, but you can make money instantly if you are good.

Here, you’ll find a rundown of some of the most successful players at the tables, and you might get some top tips that will help you to improve your game. Pro gamblers continue to look for an edge in order to succeed.

There’s definitely a difference between rich and wealthy, but either way, these gamblers made out very well.

Born in Pittsburgh, PA in 1957, Bill Benter is a self-proclaimed mathematical genius. Having studied physics at university, he put his skills to good use, learning how to count cards. Having honed the art, he headed to Las Vegas where he plied his trade at the blackjack tables.

He was so successful that he was finally banned from all the top Sin City casinos within seven years.

However, Benter wasn’t ready to call it a day. Instead, he relocated to Hong Kong and began working with Alan Woods on a formula to predict the most likely outcome in horse races.

The result was the first gambling operation in the world to be assisted by software, and it is still regarded as the most successful model today.

Benter is now believed to be raking in around $100 million every year thanks to his formula, and he has been rumored to have collected up to $10 million on just one race day.

Edward E Thorp invented the skill we know today as card counting. Born in 1932 in Chicago, Thorp earned a PhD in maths at UCLA then began to work there as a professor.

Mr. Thorp was the first person to ever use computer simulation in the development of a strategy for blackjack, and he created a card-counting scheme which would improve the odds for the player.

He first tested his calculations in the casinos of Las Vegas, Lake Tahoe and Reno and thus proved his theories to be valid.

He then penned his book “Beat the Dealer”, still considered to be the definitive guide to the art of card counting.

Ahead of his time, Edward Thorp also invented the wearable computer in 1961 which he used at both blackjack and roulette tables for over two decades until it was finally banned in the mid-1980s.

His skills at the gaming table paired with his ability to predict the movements of the stock market have led to a fortune of approximately $800 million.

See Related: How to Watch Ads for Money

Ranogajec, the son of Croatian immigrants, decided to give up his university education in favor of a life of advantage gambling. With his impressive maths skills and a photographic memory, he began playing blackjack and soon found he could turn a $100 bet into a 7-figure win.

Soon, the Australian casinos got wise to his abilities, and he ended up being banned. Undeterred.

However, he turned his talents to the world of horse betting. His mathematical skill helped him to predict the outcome of the races, and he soon became a billionaire.

Although he has never publicly confirmed his fortune, it’s believed that he could account for as much as 8% of Tabcorp’s turnover. He has certainly known to have had a record Keno win in the 1990s in the sum of $7.5 million.

Anyone who knows anything about sports betting knows about Billy Walters. Having had a humble start to life, Walters was the son of a poker player and the nephew of a professional gambler, so it wasn’t surprising that he began gambling at just nine years old.

Three decades later, he was fined for running an illegal bookmaking service and relocated to Las Vegas where he works with analysts to improve his decision-making.

It is reported that he makes around $15 million every year and is rumored to have scored up to $2 million in a single day.

He has an estimated net worth of $200 million.

While he is banned from betting in Vegas and barred from most bookmakers, he now uses celebrities like Ashton Kutcher and Bruce Willis to place wagers for him!

Alan Woods is sometimes called the godfather of horse betting software. The Australian pioneer was born in 1945, and during the first few years of his gambling career, he was a card counter at the blackjack table.

During the 1980s, he relocated to Hong Kong where he got together with Bill Benter to develop horse racing software that could accurately predict the outcome of races based on form, weather and track.

When Woods died back in 2008, he was believed to be one of the world’s best and biggest gamblers with a fortune to his name of $670 million AUD.

Poker star Patrik Antonius has the honor of being the first poker player ever to win a seven-figure pot in an online poker game, having won a hand worth $1,377,000.

Born in Finland in 1976, the professional gambler continues to equally divide his gambling time between Monte Carlo and Las Vegas. Antonius wasn’t always set on a career in poker playing, in fact, he originally aspired to be a tennis player.

However, an injury to his back led him down a different path. When he was young, he enjoyed playing card games with friends, and later he traveled to Helsinki’s casino to play in tournaments.

Soon, he progressed to playing online poker and went professional a few years later in 2002. He relocated to Las Vegas and focused solely on the game. Just a year later, he ranked among Europe’s top internet poker players, and today he is believed to be one of the world’s best PLO players.

To date, Antonius is Finland’s all-time top moneymaker with total career earnings to date coming to more than $4 million.

See Related: List of Apps That Pay You Real Money

Phil is the riskiest version of how to make money gambling. He uses his skills but at the same time he’s taken on a lot of risk.

Having earned the title of the greatest poker player in the world, Phil Ivey is famous for having no less than 5 wins in the World Series of Poker Tournament before the age of 30.

Ivey is the same age as Antonius but was raised on the other side of the Atlantic in New Jersey. He learned to play poker at a very early age, with his grandfather teaching him how to play 5 card stud.

It’s no wonder, then, that Ivey’s professional move into gambling came at a very young age. He won the World Series of Poker title for the first time at the age of 23, beating famous players like Amarillo Slim and Phil Hellmuth.

His personal fortune has reached figures or more than $14 million, and he is believed to be one of the toughest players to beat. Unlike many of the other gamblers on this list, Ivey doesn’t use mathematical skill to win games.

He believes in taking risks, and it’s a strategy that’s paying off for him.

Conclusion on Richest Gamblers in the World

Have you been inspired to place your next wager? These gambling legends are proof that with the right skills and enough determination you can make your fortune at the gaming table or on the race track.

These are all far different than the traditional income opportunities for financial freedom.

What do you think of the richest gamblers in the world? Would you consider a career or side hustle in gambling? Let us know in the comments below. We’d love to hear from you!

Join our community of mobsters seeking financial freedom. What are you waiting for? 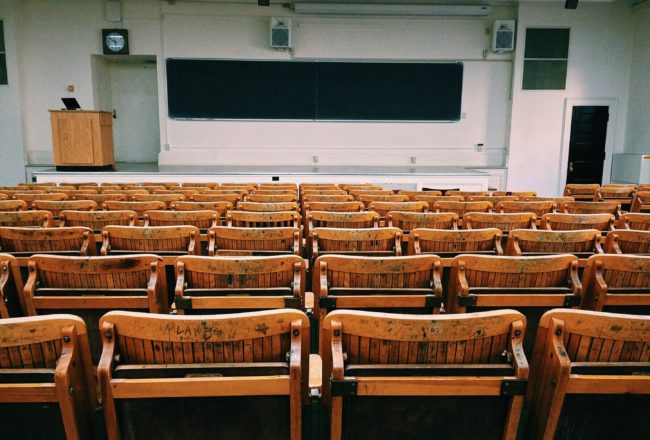 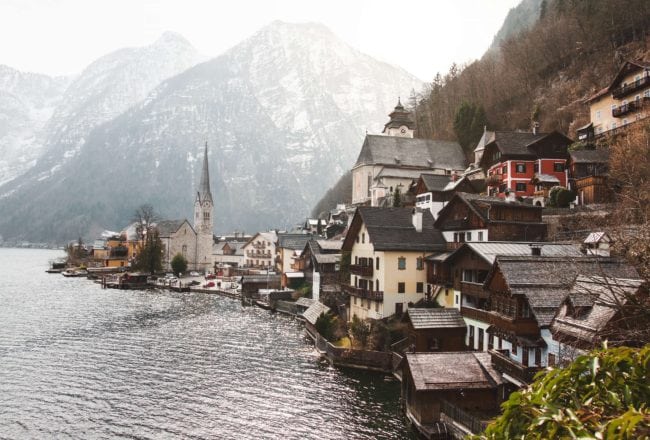 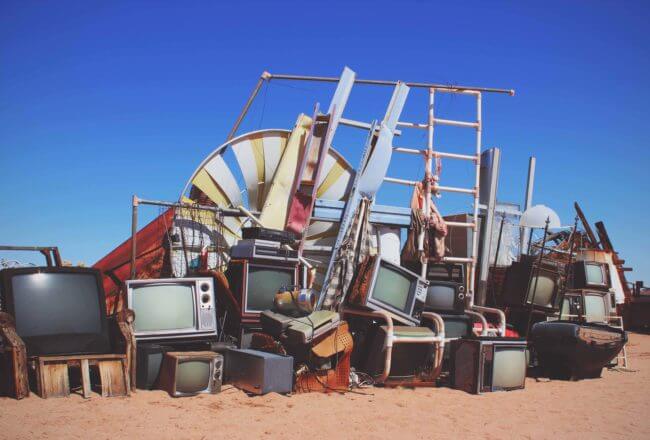 Best Things to Flip for a Profit: Earn Side Hustle Income